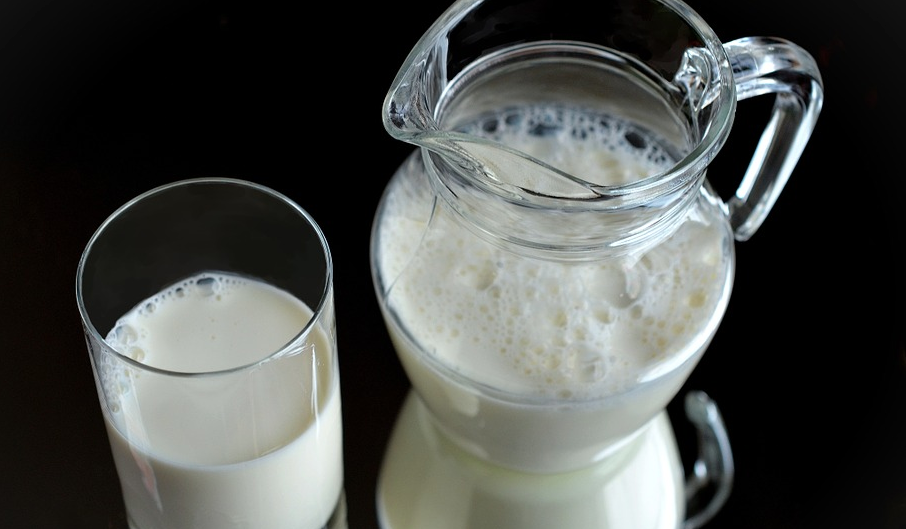 According to headlines, iodine deficiency is the latest threat to our health in the UK. What’s more, the media says, poor iodine status is due to the rise of veganism and our increasing love for plant-based drinks as milk alternatives.

The headlines focused on the fact that dairy milk is our main source of dietary iodine, whilst plant-based drinks (with a few exceptions) do not contain iodine.

But is lack of iodine an issue? Could an increased consumption of plant-based drinks put people at risk of iodine deficiency?

It’s a complicated issue, but let’s look at the facts…

Is iodine important in the diet?

Yes. Iodine is essential. The body needs iodine to make thyroid hormones, which is fundamental for foetal and young children’s growth and brain development. Severe iodine deficiency in pregnant women can cause irreversible brain damage in their offspring. Population studies have also demonstrated a lower IQ score of around 13 points in severe iodine-deficient populations compared to iodine replete populations. The World Health Organisation (WHO) has stated that low iodine status is the single most preventable cause of brain damage in the world.

Adequate iodine status is especially critical for women of child-bearing age, during pregnancy and whilst breast feeding, to ensure optimal brain development in the foetus and young infant. Continued optimum intake in childhood and adolescence is fundamental as the brain continues to develop. It is important to note that folate, iron and long-chain omega-3 fats are also critical to brain development.

Severe iodine deficiency is rare in developed countries like the UK. However, there are significant numbers of women, especially of child-bearing age who are mild to moderately iodine deficient. A number of recent meta-analysis (including findings from UK population groups) indicate a high probability of compromised cognitive development in children whose mothers had mild to moderate iodine status during pregnancy. How significant these lower IQ scores are to cognitive ability in adulthood has yet to be established.

How the WHO classifies iodine deficiency.

Does the UK have an iodine deficiency problem?

According to the latest National Diet and Nutrition Survey (NDNS) using WHO criteria, from an overall population perspective we’re actually not doing badly, with all age groups and sexes showing adequate iodine status.

However, severe to moderate deficiency (UIC <50mcg/L) still afflicts a significant number of our population:
• Approximately 1 in 10 children aged 4-18 years
• 14% of adults 19-64 years

Unfortunately, the NDNS does not currently perform UIC measures in pregnant women or the under 3s, the most susceptible population groups to low iodine status.

Women of child-bearing age (16-49 years) are classified as iodine replete, with a median UIC of 102mcg/L.

However, almost 70% of them would be classified as mildly to moderately iodine deficient if they were to become pregnant – i.e. UIC levels below 150mcg/L – when taking account for the increased demands of the foetus and young infant.

As a result, many are calling for the government to review the UK’s iodine initiatives, especially for women who are planning/are pregnant, or are breast feeding.

How does what we eat impact on our iodine levels?

The ocean is nature’s source of iodine, thus fish, seaweed and algae are rich sources. Additionally, coastal soil regions will acquire some iodine from coastal waters.

Therefore, higher intakes of seafood are paramount for adequate iodine status and studies have found seafood intakes to be positively correlated with iodine status.

Iodine and dairy milk
In the UK, farming practices were changed in the 1930s to eradicate the high incidence of iodine deficiency. Animal feeds were fortified with iodine and the use of sterilizers containing iodine were introduced. This resulted in a significant increase in iodine levels of dairy milk and a consequent eradication of severe iodine deficiency.

Winter milk is significantly higher in iodine compared to summer milk, as dairy cattle are more likely to reared indoors with fortified feed in the winter months.

Therefore, plant-based drinks – whether they are or not fortified with iodine – are not the cause of the iodine deficiency that has been present for many decades.

Other considerations
• Cognition is affected by multiple environmental, psychological as well as dietary components e.g. pollutants, home environment, education level, various nutrients including vitamin D, iron, folate and iodine.
• Iodine is not highlighted in advice provided to expectant mothers, nor is it on the government agenda.
• No studies have indicated vegan populations, who exclude all dairy, to have lower IQ levels compared to omnivores.

There are also effective initiatives that have helped to eradicate severe iodine deficiency
• The WHO Iodized Salt programme has been adopted in many countries and proven to be successful.
• Iodine supplements have shown to be effective when given to women in the first or second trimester of pregnancy.

1. Many factors are at play when considering brain development of the foetus and young infant:
– Adequate intake of a number of nutrients, including iodine but also iron and folate
– Optimal environmental and psychological settings.
‘Fixing’ one aspect or one nutrient is not the answer to helping optimise cognition in the UK.

Saying this, iodine is one of the essential nutrients for brain development. That has been overlooked and needs to be addressed by the government, on a similar level to iron, folate and vitamin D – especially for expectant women and breast-feeding mothers. Monitoring iodine status needs to be instigated by the government for these groups and young children.

2. The increase in plant-based drinks’ popularity is not the cause of the sub-optimal iodine status in the UK, which has been prevalent in pregnant women for decades – way before plant-based drinks became mainstream.

Rather, the poor dietary patterns of the UK population need to be addressed, especially with regard to our less than optimal fish intake – the richest source of iodine.

Whenever we see the media headlines expounding the ‘benefits’ or ‘dangers’ of individual nutrients or foods, we worry. After 20 plus years in public health nutrition and communications, we believe there is a responsibility and an urgent need for all involved in this field to move away from doing this. In the majority of cases it’s not helpful and is more often scaremongering.

a. We need communications to focus on a balanced food intake. Focusing on a single nutrients in the media is dangerous and ignores all the bigger questions that need addressing: especially obesity and its many associated diseases and “how to” best help the nation enjoy a healthy balanced food intake for optimum health.

b. We need food and health communications that are not only healthy but also sustainable for our planet. Current scientific evidence repeatedly highlights the impact that our food choices have on the environment because of their significant contribution to greenhouse gas emissions, deforestation, biodiversity loss, and destruction of the ecosystem, use of fresh water and polluting of soil.

Beef and dairy cattle farming have been highlighted as the major dietary contributors, whereas plant-based drinks have been shown to be significantly more sustainable.

Leading experts have concurred that a balanced diet that is based predominantly on plant foods – including plant-based drinks – with lower intakes of meat and dairy, without having to exclude them altogether, is both sustainable and nutritious. Read our Sustainable Diets blog for more information.

It is incumbent upon all food and health influencers to incorporate these messages into all relevant food and health communications. Unfortunately, this is not yet being considered widely.