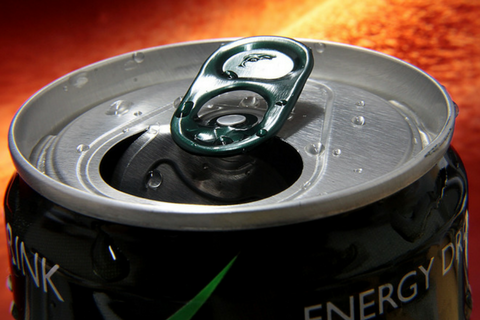 Each week we analyse some of the hot headlines in health and nutrition news. This week we look at the health effects of energy drinks; and a new report from Cancer Research UK on unhealthy food advertising for children.

HEADLINE 1: MORE THAN HALF OF YOUNG PEOPLE SUFFER SIDE EFFECTS FROM ENERGY DRINKS

This week the adverse effects of energy drinks have been reported by the Daily Mail, the Independent and The Sun.

The headlines are based on a study published in the Canadian Medical Association Journal. It carried out an online survey of 2,055 children and young adults aged 12-24, who were asked about their consumption of energy drinks and coffee, and any adverse outcomes they experienced.

The side effects were consistent with the potential effects of caffeine but were significantly more prevalent than with those who’d reported effects from coffee.

Behind the headlines: the Nutrilicious dietetic view
There are significant limitations to the study, making it impossible to draw any clear conclusions or new insights into the impact of energy drinks on health:

What the study does highlight, however, is the popularity of energy drinks among young people.

So what is considered ‘safe’ when it comes to energy drink consumption?

How energy drinks could affect your health

Caffeine is phytochemical stimulant of the central nervous system. It is naturally found in coffee, cocoa beans and tea leaves.

The effects of caffeine vary greatly between habitual drinkers and non-caffeine consumers, who may consume a one off-caffeine drink.

As with all foods and drinks, moderation is key. Safety limits on daily intakes have been set by the UK based on European Food Safety Authority (EFSA) guidelines:

The more popular energy drinks are loaded with free sugars. Even if drunk in moderation in terms of caffeine content, the free sugars content will impact negatively on health.

These drinks are nutrient poor and energy rich, providing excess energy that our young do not need in our current environment of increasing obesity and micronutrient deficiencies.

Of major concern is the larger 500ml serving size of some energy drinks. These can exceed not only the daily caffeine recommendations for teenagers and young children (160mg per 500ml) but also the free sugars recommendation. One brand provides 80g free sugars per 500ml can. That’s three times the daily recommendation of free sugars for 7-10 year olds and 2.5 times for older children and adults.

Take home message
Sugar-free energy drinks containing caffeine can be drunk in moderation. They contribute to hydration, improve alertness and do not have any negative health implications. Habitual moderate caffeine consumption is perfectly safe. Large sizes loaded with sugar do not play a part in a balanced diet.

For more advice on healthy drink choices, go to the NHS website

This week, Cancer Research UK called for a ban on advertisements for high fat, salt or sugar (HFSS) foods during talent shows and live sports. This was picked up by the Daily Mail and the Express, as well as BBC’s Newsnight.

It follows their online survey involving 3,348 young people aged 11–19 years, a representative sample of the UK population. Comparisons were made between high commercial TV viewing (three hours per day or more) versus moderate (0.5-3 hours per day).

See full details of the report and the methodology used

This is of relevance because currently advertising HFSS foods is banned during programmes aimed at children (introduced in 2008 – a decade old!), but the ban does not apply to later mainstream programmes such as live sport and talent shows. The TV regulator, Ofcom, have previously highlighted that 7-8pm is when children currently watch the most TV.

As a result, Cancer Research UK is calling for restrictions up until 9pm on TV and tighter controls for online streaming.

Behind the headlines: the Nutrilicious dietetic view
This is a detailed survey from Cancer Research UK, involving a large number of participants and provides evidence (although not causal) that HFSS marketing could be driving unhealthy eating and drinking.

The lead researcher Dr Jyotsna Vohrarom Cancer Research has stated: ‘This is the strongest evidence yet that junk food adverts could increase how much teens choose to eat.’

It has been shown that high consumption of individual foods including takeaways, sugary drinks and confectionary items are linked to increased BMI in children and young adults.

While this report does not directly show that HFSS marketing causes childhood obesity, Cancer Research UK have announced that alongside other reports, they will release a report later this year investigating the link between marketing and weight.

The problem of childhood obesity
Childhood obesity is a huge public health issue in the UK, with nearly a third of children aged 2 to 15 years classed as overweight or obese. An obese child is five times more likely to become an obese adult. In the short term this can cause physiological and psychological harm and long term, negative health effects and the risk of cancer increases. See more details on our blog Behind the Headlines 11th December.

Take home messages
This year, much action is being taken to help combat the obesity crisis, including the sugar tax, calls for sugar reduction in foods, campaigns on children’s snacking and more – as discussed on the Government’s website.

This new report highlights that HFSS marketing poses a risk for consumption of unhealthy foods, which through excess calories could contribute to obesity.

It also shows that HFSS advertisements were viewed during family shows in evenings and weekends, which should be exempt based on the new Advertising Standards Authority (ASA) and the Committee of Advertising Practice (CAP) regulations (see our blog New rules on food advertising to help tackle childhood obesity.

We hope this important report will put pressure on Ofcom and the Government to enforce tighter regulations for HFSS marketing, furthering the fight against childhood obesity.

Policy recommendations as a result of the research are discussed in the full report.