Will the new sugar tax work? 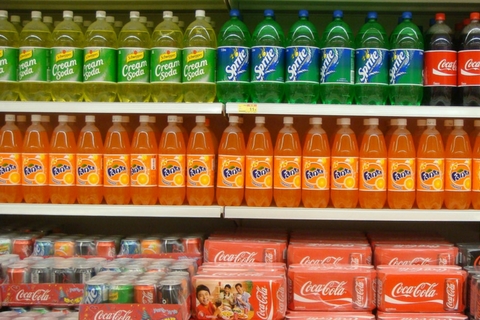 This month, the much anticipated sugar tax came into force in the UK. So what it is, why was it introduced and – most importantly – will it have any impact?

The tax
Soft drinks companies are now required to pay a levy on drinks with certain levels of added sugar:

The tax does not apply to milk-based drinks, due to their calcium content. It also excludes fruit juice or vegetable juice that don’t have added sugar.

Foods such as cakes, biscuits and other sugar containing foods aren’t covered, but there is a separate initiative to reduce their sugar content by 20% by 2020.

Why was it introduced?
The tax has been introduced in an effort to tackle childhood obesity. The latest National Diet and Nutrition Survey (NDNS) showed that sugar-sweetened drinks are the single highest source of free sugars for children and teenagers. This is why soft drinks have been targeted.

Action already taken by the industry
An estimated 50 per cent of manufacturers have already reduced the sugar content of their drinks to avoid the new tax, including leading brands:

Others remain the same, for example Coca-Cola (10.6g per 100ml, just over 2.5 tsp) and Pepsi (11g per 100ml, just under 3 tsp). These manufacturers have to decide whether to bear the cost of the tax increase themselves, or pass it on to consumers.

In one leading supermarket, the cost of a 2L bottle of Pepsi went up by 45p when the tax was introduced. By contrast, Coca Cola kept the price the same but reduced the portion size: a 1.75L bottle has shrunk to 1.5L bottle.

Will it work?
A survey by Mintel of 2,000 people found that just under half (47%) of Brits say that a tax making unhealthy food or drink more expensive would encourage them to cut down on these items. So the measure will hopefully have some effect.

It’s extremely positive that some food manufacturers have already taken action to reduce the sugar content of their recipes. However, the feedback hasn’t always been positive about the new taste of much-loved products (reduced sugar Lucozade and Irn Bru, for example). And a significant proportion of people will simply pay more for the same recipe high-sugar drink they’ve always enjoyed.

We’re also concerned that drinks that fell outside of taxable products, such as fruit juice, often still have high levels of free sugars. The National Health Service discusses maximum intakes of free sugars for all ages.

What happens now?
Drinks manufacturers have made an initial decision on whether to reduce sugar levels to avoid the new taxation or to leave sugar levels unaltered. They’ll be closely monitoring orders from retailers to assess the effectiveness of their initial decision. If it proves that sales of reduced-sugar drinks increases, other manufacturers may be keen to follow suit.

Drinks retailers will need to carefully monitor demand for those reduced-sugar drinks vs unaltered recipes that are subject to the tax, to satisfy any changes in demand.

The Mintel research found that three quarters of consumers say that easier-to-understand nutritional information on product packaging would encourage them to cut down on unhealthy food/drink. We’d love to see improved labelling too, to see what the impact could be.

Takeaway message
It’s going to take months and years to assess the impact the tax has on the nation’s health. And, of course, obesity is caused by many factors. Clearly multiple strategies including education will be needed to combat the problem. We’ll be monitoring closely to see whether the action has any impact on those most affected by obesity – those in the lower socio-economic bracket and children.

Do you agree it’s a step in the right direction? Should the Government be focussing on something else to better address the problem?