The NEW revamped Eatwell Guide has been served up – time to play spot the difference! 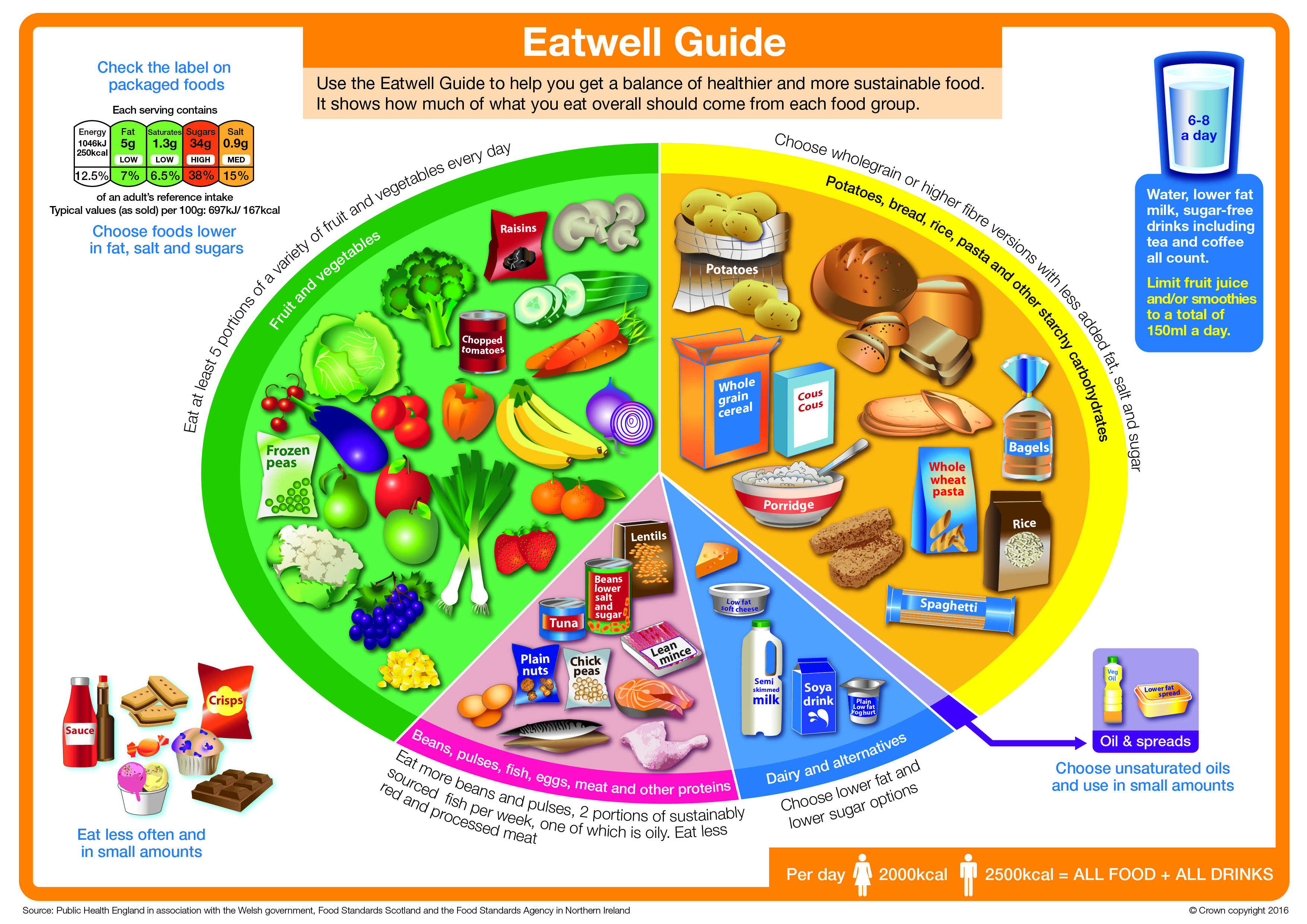 Kept under much secrecy, the government revealed the updated Eatwell Plate to the nation on Thursday 17th March following a stakeholder meeting on Wednesday 16th , which we were pleased to attend. Surprising for us, the changes to the new Eatwell Guide went beyond some simple cosmetic adaptations. In the main, the plate, based on exhaustive reviews of the scientific evidence, has embraced more of the 21st Century consumer eating trends and the growing concerns around sustainability. Will it be more effective at improving the population’s poor nutritional status and reduce obesity? As with all dietary guidelines, effective communication and behaviour change strategies that follow will be key.

Can you spot the 13 differences?

The official documentation lists 12 differences, however, we’ve added one more!

Great strides – but will it be enough?
We are disappointed that there continues to be no offer of practical and household portion guides particularly for the carbohydrate and some foods from the protein groups. This will make it difficult for both the consumers and health advisors to provide the real practical much needed approach. We appreciate that it is a challenging task but believe it to be achievable. As Dietitian communicators in public health we are aware of how much the public needs to be shown how to put these guidelines into practice and how much a consistent approach is needed. PHE at the stakeholder meeting mentioned that they have done some preliminary work on this internally but such things like meal plans will not currently feature in the tools and communications, due largely to lack of funding. We were also surprised that no quantitative survey work representative of the population and health advisers using the tool had not been undertaken prior to the focus group work. Perhaps if this had been done these needs would have been prioritised and addressed.

Will this change the health of the nation?
It will all depend on how and who it’s communicated to and what behaviour change strategies will be put into place which as we all know, means funding. With Cameron’s Obesity Strategy expected to be announced in 2016, how much funding is put behind such campaigns will be the true sign of how seriously they are about tackling the health of the nation.