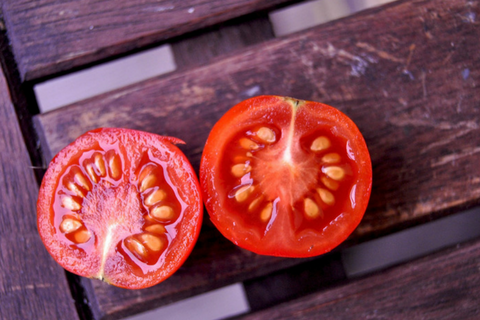 Each week we analyse some of the hot headlines in health and nutrition news. In our last round up for the year, we look at a ‘Mediterranean diet pill’, herbal remedies for stroke, and fruit juice in asthma.

This week the Daily Mail, the Metro and the Express are reporting on the use of a Mediterranean diet pill to help prevent heart disease.

Scientists have issued a patency for a pill that is thought to replicate the Mediterranean diet. This is based on findings from Cambridge University that lycopene (the chemical that gives tomatoes and other fruits their red colouring) absorption is significantly increased by combining it with milk protein. Scientists believe that combining the two into a pill (a ‘Mediterranean diet pill’, as the headlines say) could have effects such as reducing furring of the arteries, helping to keep the heart healthy.

The pill is available over the counter and is called ‘Ateronon Heart.’

Although this pill is being referred to as a ‘Mediterranean diet pill’ and that lycopene may have potential benefits for the heart, there are many elements of the Mediterranean diet that have not been considered. The whole diet plays a key role in contributing to the health benefits attributed to it such as heart health. To highlight, traditionally, people in the Mediterranean have:

As can be seen, it is not just as simple as amount of lycopene that may be contained within this diet (from tomatoes and other fruits and vegetables). There are so many factors that would mean the pill is not the necessarily going to give the same effects as having a Mediterranean diet. The reference to the product as a ‘Mediterranean diet pill’ as described by the headlines is thus somewhat misleading.

At this stage, no conclusions can be drawn with regard to any benefits the diet pill may have for heart disease. It is certainly not to be used as a substitute for a healthy diet. The Mediterranean diet, by use of real food, would indeed be encouraged for heart health. Exercise can also help reduce the risk of heart disease by helping with weight control, lowering cholesterol and blood pressure.

The BBC and the Daily Mail have reported on the possibility of a herbal remedy for stroke recovery.

The trial involved 330 patients in China who had suffered an ischaemic stroke. The trial began within one week of the patients having the stroke. It was found that use of herbal supplement ‘ginkgo biloba’ alongside aspirin was linked with better cognitive skill scores on tests. Tests were taken at the start of the trial and then 12, 30, 90 and 180 days later, to assess any cognitive impairment.

More rapid improvements were also found with speech and muscle strength when ginkgo biloba was taken.

Firstly, let us understand more about what ginkgo actually is. Ginkgo biloba is a herbal supplement available without prescription that is sold in health food shops and some pharmacies in the UK (£4.99 for 30 tablets). It comes from the leaves of one of the oldest living tree species (the maidenhair tree).

Looking at an example packaging of ginkgo biloba from a high street retailer, the following is written as a description of the product: ‘Ginkgo helps the maintenance of good cognitive function and also contributes to normal blood circulation. Normal blood circulation is associated with brain performance and reactivity, and helps to maintain memory with age and preserve cognitive function.’ Although this sounds very beneficial, this has not been scientifically proven.

While the findings from this study are positive for use of ginkgo biloba, there are limitations of the research that must be noted. The study was relatively small and much larger, longer term studies are needed before any sound conclusions can be drawn. Furthermore, the study is subject to researcher bias, a point which has been recognised by Dr David Reynolds of Alzheimer’s Research UK who gave the following statement in response to the study: “The researchers were able to tell which participants received the ginkgo biloba extract and which didn’t – a set up that can strongly influence results.”

We therefore need much more comprehensive research into the field and cannot actively promote the use of ginkgo in stroke recovery from this research alone.

For more info: British Dietetic Association) and the original study

HEADLINE 3: CHILDREN WHO DRINK FRUIT JUICE HAVE A HIGHER RISK OF DEVELOPING ASTHMA

Also this week the Daily Mail, the Independent and the Express have picked up on a study linking fruit juice drinking in children with asthma.

This is based on a study of 1,068 mother and child pairs which found that children aged between 7 and 9 years were 79% more likely to have asthma if they regularly drank fruit juice (unsweetened 100% juice). It was also reported that the women who drank soda and sugary drinks whilst they were pregnant were 70% more likely to have their child to develop asthma by mid-childhood.

The original study discusses the different levels of fruit juice and sugary drink consumption from which the conclusions have been drawn.

Also the study relied on the women to recall and provide information on fruit juice consumption for their children, for which the accuracy could be questioned.

Fruit juice can contribute to a ‘five a day’ portion and contains a good source of vitamins and minerals such as vitamin C. However, portion size is important and should be limited to a 150ml glass (a small glass). It can only ever count as a maximum of one portion of your five a day.

Fruit juice is a source of ‘free sugars’, which should be limited in our diet for health reasons such as leading to obesity and tooth decay. The Scientific Advisory Committee on Nutrition (SACN) currently advise that free sugar intake in the UK should account for no more than 5% of our daily energy intake. Advice for the different age groups is as follows:

We should be reminded in view of this study that there is a recognised link between a child being overweight or obese and developing asthma. Eating and drinking too much sugar (for which fruit juice is a concentrated source of) can contribute excess calorie intake. This contributes to being overweight and obese, which can in turn contribute to causing asthma. However, the study does not prove a direct link between fruit juice and asthma development.

As discussed above, this study also found that higher intakes of sugary drinks in mothers during pregnancy increased asthma prevalence in their children. Again, no causal relationship can be assumed here and the same limitations of the study apply to this finding.

However, it is important to eat a healthy diet during pregnancy for the health of both the mother and the baby. Having too many sugary drinks during pregnancy would contribute to excess calorie intake. This in turn increases the chances of putting on too much weight, which can cause complications such as gestational diabetes. The NHS provides advice on appropriate weight gain during pregnancy.

To conclude, this research does not prove that fruit juice drinking by children or that drinking of sugary drinks by expectant mothers causes childhood asthma. Sugary drinks and fruit juices are sources of free sugars and therefore excess calories and for this reason should be limited. However, fruit juice can help contribute to ‘five a day’ but it is important to control portion size to no more than 150ml per day for adults.