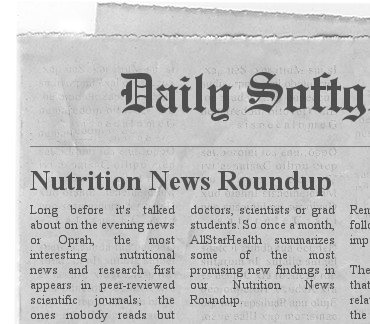 Each week we analyse some of the hot headlines in health and nutrition news. This week we look at type 2 diabetes reversal through weight loss, the rise in childhood obesity and raw flour health risks.

The findings come from a study called DiRECT (Diabetes Remission Clinical Trial), where it was found that by following an intensive low-calorie diet for three to five months people could put their diabetes into remission. Nearly half of the study participants were in remission after one year. There was a close link found between amount of weight lost and remission of type 2 diabetes.

Here are the results for the percentages of people who were in remission after one year based on the amount of weight lost:

There was also a control group who did not follow the low calorie diet, but were given the best diabetes care available and only 4% went into remission.

Behind the headlines: the Nutrilicious dietetic view
Firstly, it should be recognised what is meant by ‘putting diabetes into remission’. In this study being in ‘remission’ was defined as having a HbA1c level below 6.5% (48mmol/mol) after 12 months, with at least two months without diabetes medication. HbA1c is a measure of blood glucose levels over the past two to three months and can be used to diagnose diabetes. It should be noted that being in ‘remission’ does not necessarily mean the diabetes has gone completely and hence people still need regular check-ups.

This research backs up previous studies investigating the potential of reversing type 2 diabetes. This DiRECT study recruited many more participants (298 recruited vs 11 and 30 in the two previous studies), making it much more reliable, and testing was carried out over a much longer period.

The Deputy Head of Care at Diabetes UK provided this useful statement: “If you’re thinking about trying a low-calorie diet, it’s really important you speak to your GP and get referred to a dietitian. This is to make sure you get tailored advice and support.

“It’s also important to bear in mind that if you’re treating your Type 2 diabetes with certain medications, such as insulin or sulphonylurea, a low-calorie diet can make hypos more likely. So you’ll need support to make changes to your medications and check your blood sugar levels more often.”

For more information, go to Diabetes UK and the Newcastle University study

We are being alerted by the BBC (‘Stark’ increase in overweight youngsters), The Times (A fifth of children are obese by 14) and the Daily Mail (Now one in three British teenagers is already overweight) of the increasing prevalence of obesity in children.

There were notable differences found between different nations and there were links found between the mother’s education level, whether the child was breastfed and whether the parents owned their own home. Full results are discussed by the Institute of Education.

Behind the headlines: the Nutrilicious dietetic view
The headlines alert us to the growing problem of obesity in children and action clearly needs to be taken. The following risks are associated with it:

It is unclear from this research why there is such an increase in rates of obesity between ages 7 and 11, which then levels off. Children may start to make more of their own choices past 11 years and this is thought to potentially have a role.

In view of these recent findings, we should be reminded of the action that is planned to help combat obesity in the UK. These are discussed in full on the UK Government’s website. Key examples from this plan include:

There are also new rules due to be implemented on food advertising. Last month the BBC reported on how young children are being bombarded with adverts for high fat, high sugar foods, which is more than likely to be having a negative influence on food choices. The news rules are discussed in our blog New rules on food advertising to help tackle childhood obesity.

It is interesting to note that Amsterdam is the only European country that has successfully managed to reduce obesity rates in the last five years with a range of programmes, mainly through schools. Clearly, many measures will need to be employed to help combat childhood obesity in the UK. Let us hope that the actions due to be undertaken in UK will help improve the current rather desperate situation. Monitoring of the effectiveness of such actions will be of key importance in the future.

For more information, go to NHS and UCL

Also in the news this week is the warning over eating raw cookie dough. This was reported by The BBC, The Telegraph, The Evening Standard, The Sun and The Daily Mail.

The UK Foods Standards Agency have now provided guidance that we should not eat raw flour, including cookie dough. This is due to outbreaks in the US of food poisoning caused by E.Coli.

E.Coli is a type of bacteria that can cause diarrhoea, blood in faeces, stomach cramps, fever and vomiting. Before this guidance on raw flour, it was understood that E.Coli could be caught from infected foods such as raw leafy vegetables, undercooked meat or raw milk products.

We now must ensure we are aware of the potential risk associated with raw flour, including cookie dough and cake mixture for example. We may think we shouldn’t have a taster of these due to the raw egg. However, in October 2017, the Foods Standards Agency published advice that runny eggs are safe to eat for all, so long as they are stamped with the British Lion Code of Practice.

So now the reasoning behind avoiding having a taster of dough is down to the raw flour contained within it. It is also advised to wash hands thoroughly before and after using flour and to ensure worktops are wiped afterwards. Rest assured that cooking the flour will kill the bacteria that causes the infection.

It is important to be aware of this new advice from the Foods Standards Agency to reduce any complications caused E.Coli. Certain groups of people should take particular note of this new guidance, such as those with a weakened immune system and pregnant women, where food poisoning can cause harm to the unborn baby. When giving food safety advice to such groups, this latest advice on flour should be included.

For more information, go to NHS