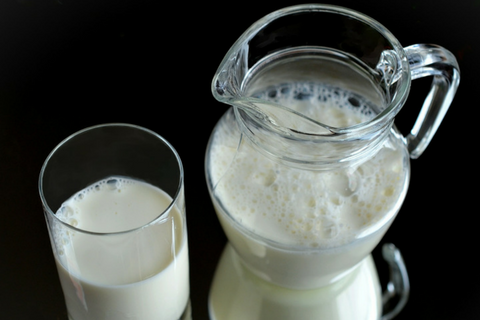 Each week we investigate the nutrition and diet topics making the headlines. This week, the Daily Mail discussed the health profiles of non-dairy milk alternatives.

The article was based on a study in the Journal of Food Science and Technology titled ‘How well do plant-based alternatives fare nutritionally compared to cow’s milk’?

The four most consumed non-dairy milk drinks were studied: almond, soy, rice and coconut milk (all unsweetened varieties). Nutritional values were obtained from the food packaging and the USDA database.

The review discussed the pros and cons of each milks, with the aim to help make consumers be able to make a more informed decision. Their main findings were as follows:

The headlines point to soya is the best alternative to cow’s milk, with researchers concluding that, ‘among alternative milks only soy milk contains comparable amounts of nutrients’.

The study is especially relevant because of the increasing popularity of non-dairy alternatives to milk and the increasing recognition of the health benefits of plant-based diets, and plant foods being more environmentally sustainable. Indeed, the latest ‘Eatwell Guide’ from Public Health England updated the name of one of the food groups from ‘Milk and Dairy Foods‘ to ‘Dairy and Alternatives’, highlighting the growing role of such foods in our diets. Plant food sources of protein were listed ahead of animal food sources of protein for the first time: the protein food group is now called ‘beans, pulses, fish, eggs, meat and other proteins’.
See our blog on the new Eatwell Guide

There are many reasons why people are choosing such products, including health, environment, allergies and intolerances, and veganism.

Our assessment of the study

One of the main conclusions from the study was that soya milk contained more protein than other alternatives. We did our own analysis of the four unsweetened* milks, alongside two other unsweetened milks available for reference. Here are our findings:

A healthy alternative for adults
For those looking to replace cow’s milk in the diet with a plant-based milk, fortified soya milk bears the most nutritional similarities to cow’s milk. However, the other plant-based drinks analysed also provide many of the nutrients. Its crucial to consider them in the context of the whole diet and we feel confident that these products can contribute to a healthy balanced more plant-based diet for adults.

Which non-dairy milk is considered the ‘best’ will depend on individual needs, with personal taste playing an important role. Faced with so much choice, here are some points to consider when buying a non-dairy alternative to milk:

Non-dairy milks for children
Parents of children wishing or needing to avoid cow’s milk should seek dietetic advice to ensure their diet is balanced at every age. See the British Dietetic Association factsheet for more information